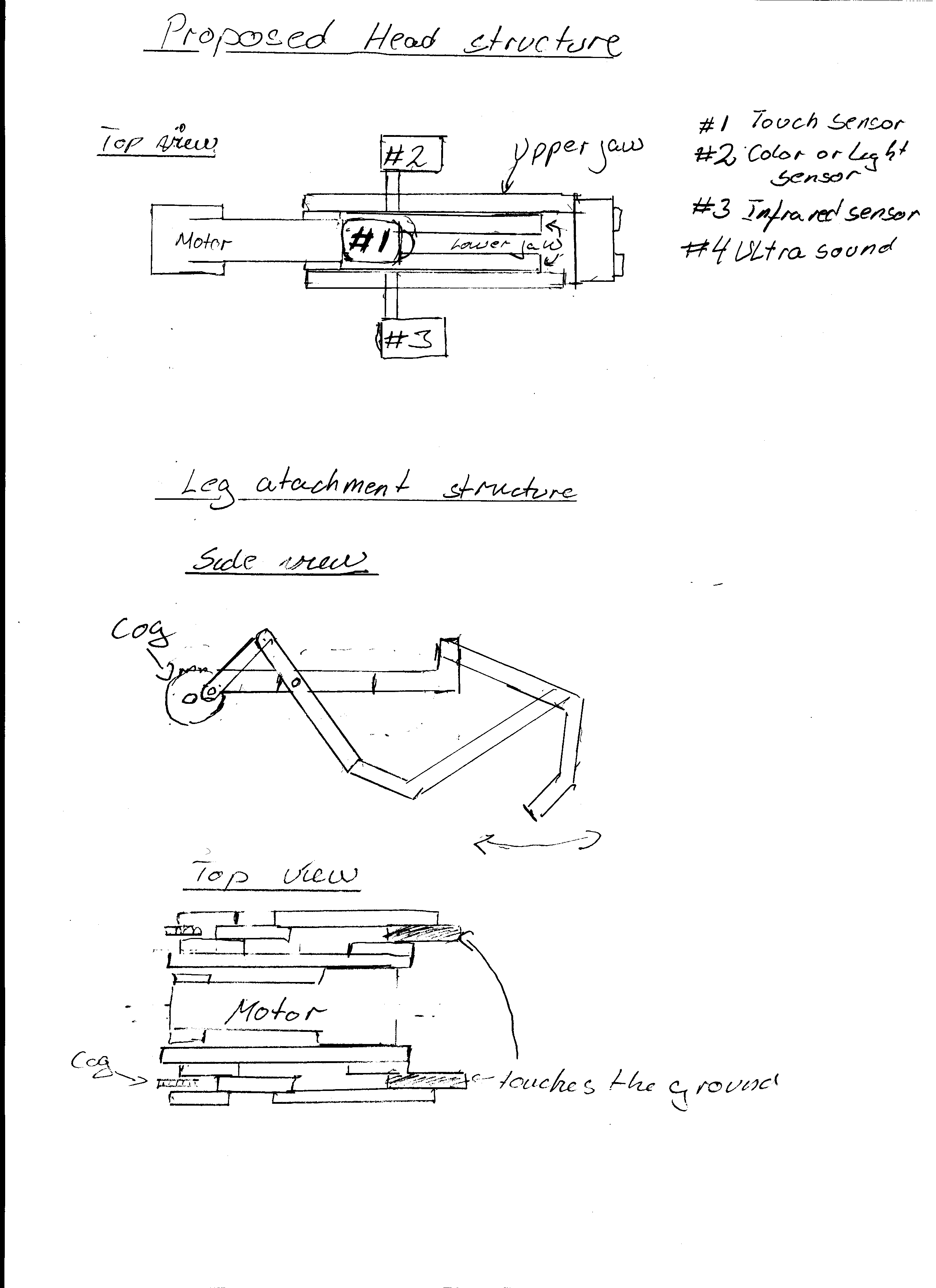 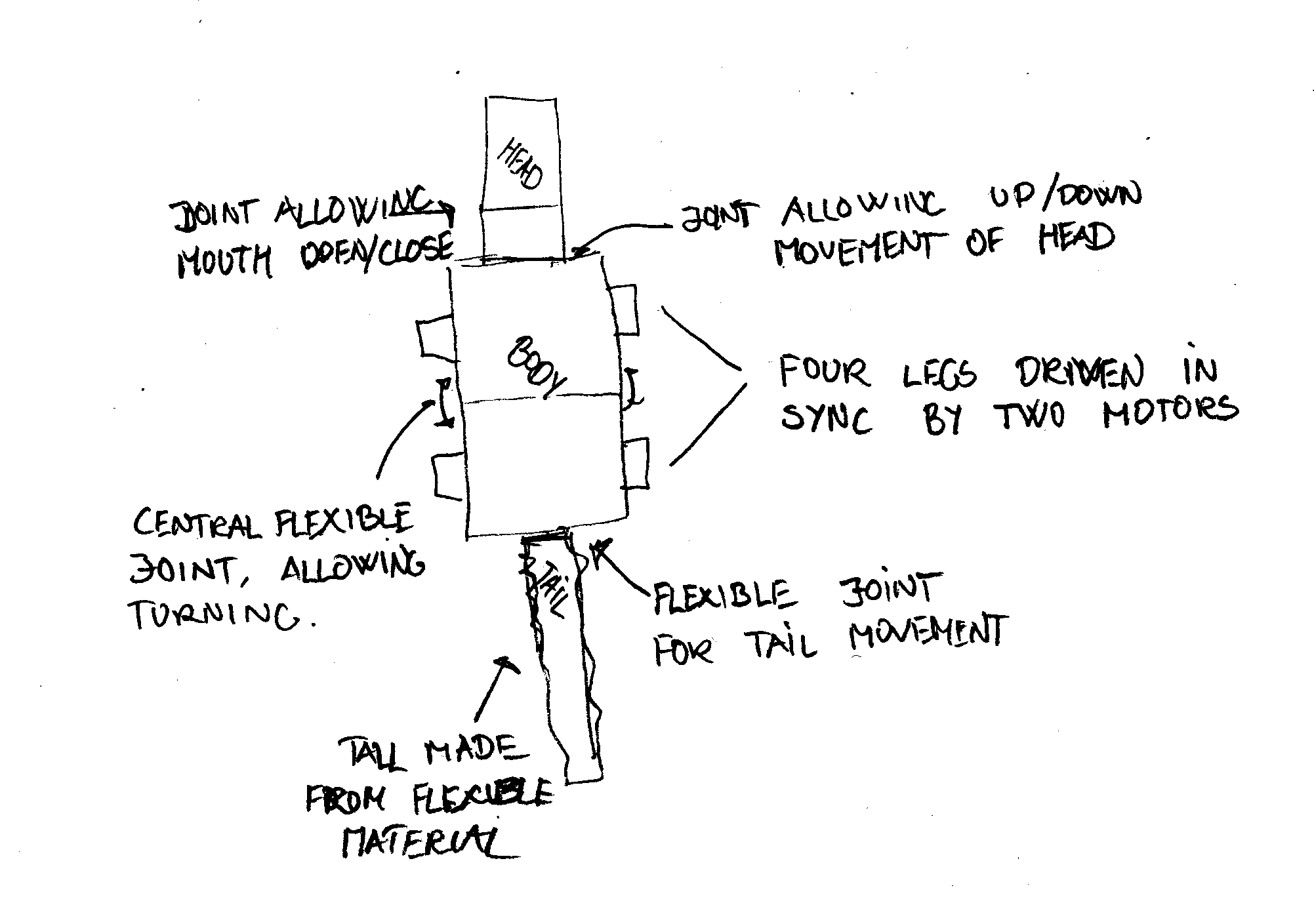 The robot will actively try to place it self in a lighted area, seeking sunlight as other animals in the reptile family. It will stay in the light for a period of time, unless disturbed, and occasionally seek out a better spot. The robot can be “stirred” by entering into its field of vision, and will then react according to several variables. Either moving towards the object in its vision, or trying to back away and finding a new place to rest. The robot will send out sounds, warning intruders of its mood. As well as vision, the robot will use hearing to react to objects coming close to it. If stirred by its hearing, the robot will try to move around, seeking to get the disturbance into its field of vision. The robot will seek out food thrown to it, if it’s hungry, and try to consume the food. END_OF_DOCUMENT_TOKEN_TO_BE_REPLACED